Aside from the absorbent tax rates and high housing costs there is even a more compelling reason people are leaving California by the droves.

Once known for its beautiful beaches, plethora of outdoor activities and unique culture, California is becoming synonymous with a socialist state that is seeing how far it can push the limits.

LA county announced that it would potentially extend its stay at home order till the end of August. That would virtually bankrupt just about every small business there as they are already barely staying afloat after two months of a shutdown.

In San Diego 22 people were given citations by police for sitting in their cars at the beach. They were all social distancing properly. This draconian action will only continue and get worse without a governor to stand against it.

Everyone is required to stay home except to get food, care for a relative or friend, get necessary health care, or go to an essential job. 22 people were cited near the beach in @EncinitasGov. Complacency is the enemy. Take #socialdistancing more seriously to stop #coronavirus. pic.twitter.com/0TkRYWwNbX

In Stockton California a man who was fishing by himself was threatened by police with a $500 ticket if he didn’t vacate.

Just this last week Elon Musk threatened suit to Alameda County for not allowing the Tesla plant to open. He also stated he was going to move Tesla headquarters out of California and into Texas. Alameda County has since buckled to Musk’s demands and will allow his plant to open. 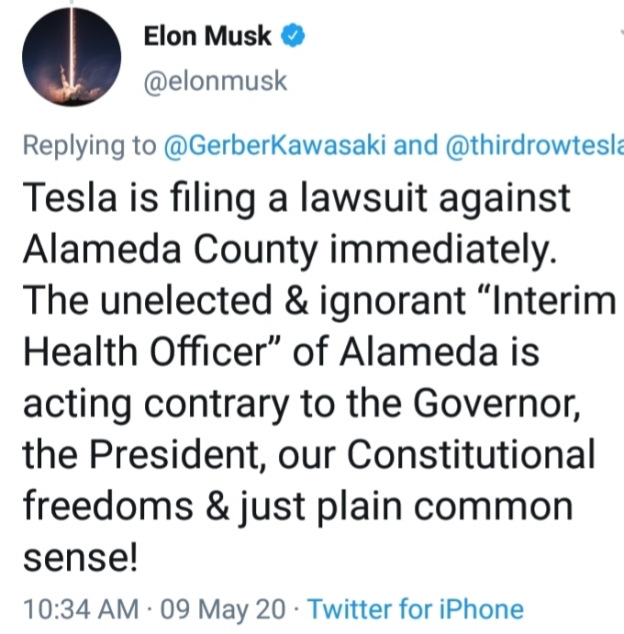 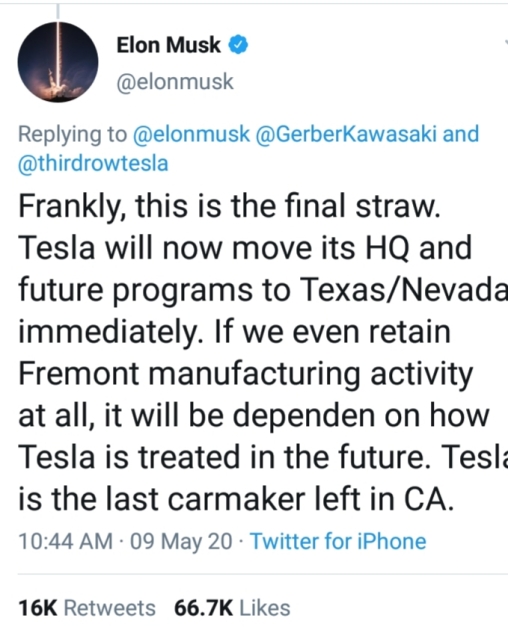 A large church in Santa Clara county was told it could not have drive in services even though everyone would be staying in their cars. Also a church in Mendocino county, northern California, had been told they are not allowed to have singing or musical instruments playing in their livestream service unless it was performed in the home’s of those performing with only their family. Next they’ll say there can’t be preaching during a livestream service.

I think the only way to stop the draconian measures is one, sue. And two, to leave these states like California in the droves as a form of protest. Let these states go bankrupt. There are plenty of conservative states that would welcome you! #LeaveCalifornia