Bad customer service seems to be a trend with airlines lately. And they don’t seem to care.

Vanessa Zink and her children were kicked off of a Frontier airline flight from Denver to Dallas because her 5yr old son wasn’t wearing a mask. The reason is because he has a medical disability that inhibits him from doing so. As seen in a video which was posted in the Facebook group, “Open Wyoming freedom rally” the the mother tells the flight attendant and security that her son has a disability which inhibits him from wearing a mask. The mother asks repeatedly in the video for them to call corporate to see if those with medical conditions can be exempt from wearing masks. The frontier workers just ignore her. 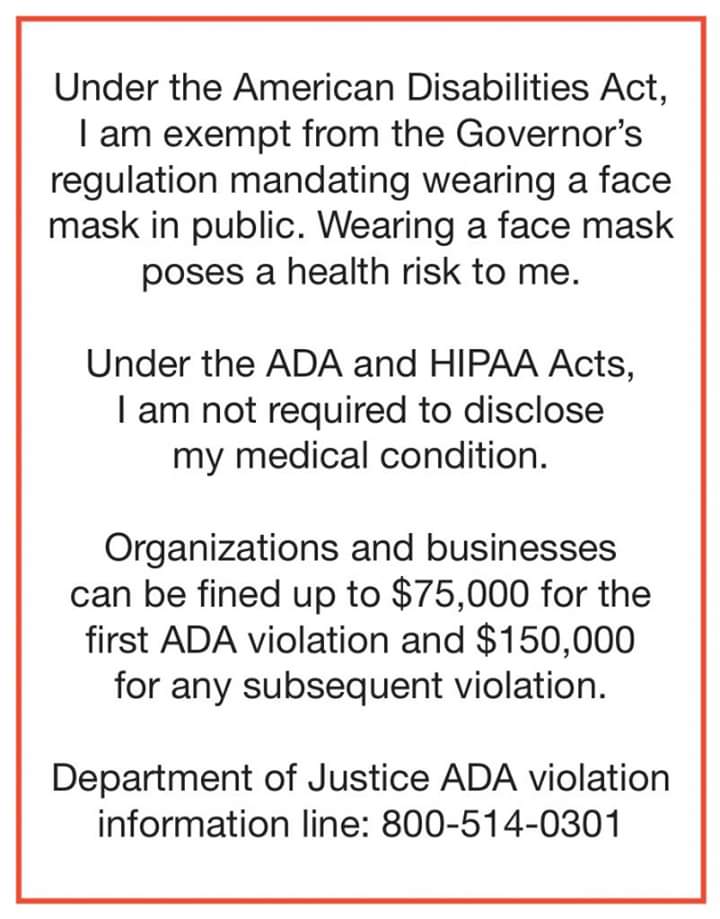 Also frontiers own policy states that people can be exempt from wearing masks if they have a medical condition that keeps them from doing so, such as breathing conditions.

Also in the CDC guidelines it states that there are certain conditions that make a person exempt from wearing a mask.

Vanessa is then escorted off the plane and a lady who says she’s a supervisor but refuses to give her name tells Vanessa she has to rebook her flight and is going to charge her an additional $119 per person to fly the next day.  “We just want to see my mom for Mother’s Day” she tells the supervisor.

“My bags that I paid for and my infant’s car seat were not removed from the plane. I was supposed to spend this Mother’s Day with my mother and my children.”

Then to make matters worse when the mom asks if Frontier will pay for her hotel the supervisor refuses to talk to her.